Shrub pruning is a garden chore which most of us have tackled at least once, some more successfully than others.  It is a relatively easy task, provided one has the right tools, the right technique and the right timing!  There are always exceptions to every rule, but in general there are some simple guidelines to follow when taking on the pruning task around your home. 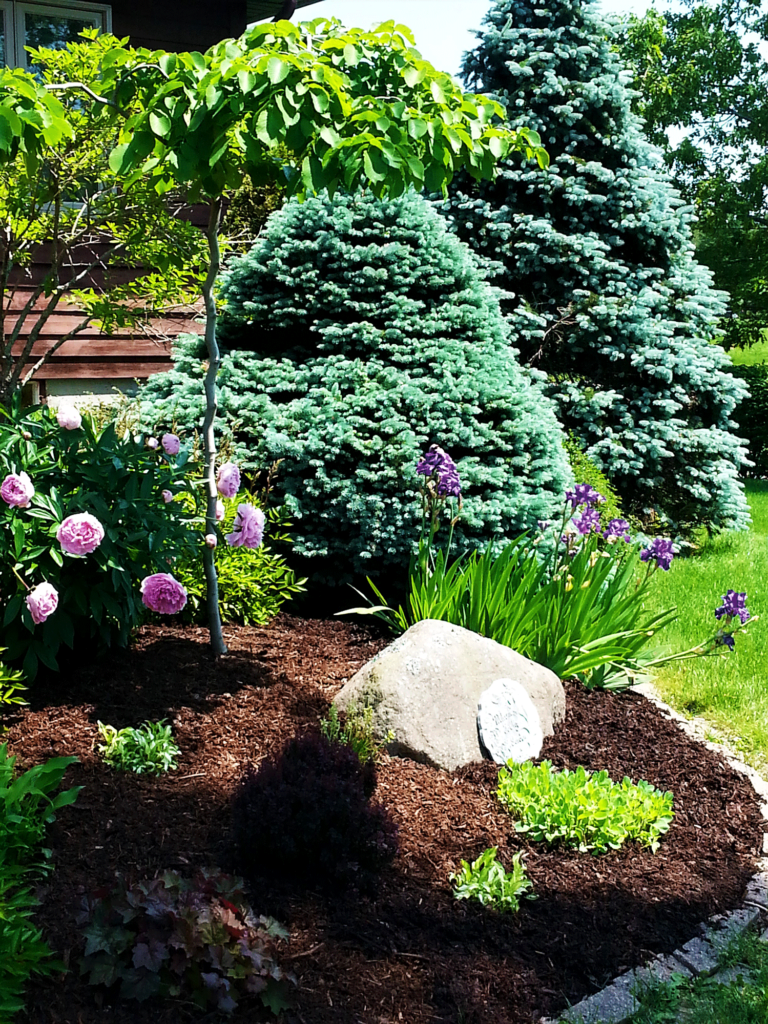 A – Prune annually.  Letting shrubs and hedges get out of hand for several years before pruning leads to a messy looking landscape which can be difficult to get back under control when left alone too long.  Plants flourish when no more than 1/3 of the branch is removed in any one pruning session.  Conversely, they can show signs of great stress (or even die) when too much of the plant is cut back at once.  The first branches that should be pruned are those that are growing abnormally.  That is, branches that are growing inward toward the trunk or which are misshapen should be removed.

B – Consider bloom time when you are scheduling pruning.  Do not prune shrubs that bloom in early spring, such as Forsythia, Lilac and Rhododendron in the Fall months since they set their buds in the latter part of the garden season for the following Spring.  Also, do not prune too early in the season since many blooms can be inadvertently cut off of mid season bloomers.  Pruning too early in the season when the plant is forcing all its efforts into producing branch growth and flowers means that even more growth will be pushed into the branches that were just pruned in order for the plant to complete its desired goal – maximized reproduction through flower generation.  In general, the ideal time for pruning the majority of shrubs tends to be in the mid June – late August timeframe.

C –  Crossed and crowded branches should be removed when pruning so that the “strong may survive” without their health being compromised by fungal and other infections.

E –  Evergreens require a slightly different pruning technique from flowering shrubs since most of their growth of foliage happens at the end of the branches.  Very little leeway is available for pruning too far into the branch or the result will be an ugly bare branch for several successive seasons.  However, the plant size can be diminished by selectively cutting out branches as needed, especially for horizontal growers.  Annual pruning / trimming is best for evergreens such as cedars since that will help maintain a dense outer growth and not allow the plant to get out of control in size.

S – Always remove suckers from the base of a shrub or tree when pruning so the nutrients can be received and utilized by the main plant, maximizing its health.  Remove water sprouts from tree branches (small branches growing vertically off another main branch).  Water sprouts are especially prevalent on fruit trees such as Crabapples.  Pruning should always keep in mind the natural shape of the plant and its natural growth pattern (i.e. upright, horizontal, spherical, loose, conical) and seek to mimic that pattern when pruning.

So, sharpen up your hand pruners, your loppers and your hedge trimmers and get ready for some great pruning results!  Don’t forget, if you’re still a bit timid to tackle this project on your own, we’ve got the expertise and the tools to do the work for you.  We’re just a phone call away and would love to help out!

Proper Water Flow Around Your Home

The Benefits of Enriching your Property’s Landscape